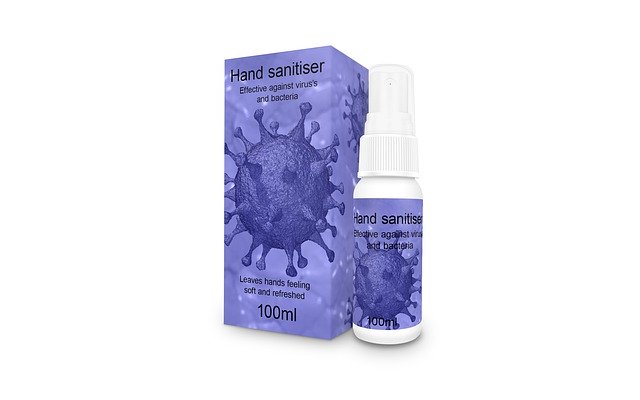 With the current COVID-19 crisis, most retail and online stores have been unable to keep hand sanitizer in stock. This has created a crisis for people that need to clean their hands and are unable to access soap and water. The CDC recommends hand washing for 20 seconds frequently to avoid contamination 1. If this is not possible, they recommend using a hand sanitizer with at least 60% alcohol.

Because of the shortage of commercial hand sanitizer, recipes have been circulating on social media for a homemade or DIY (Do It Yourself) version. While there is rarely any scientific standing behind these recipes, there is also a long standing recipe published by the World Health Organization (WHO). Putting aside any possible problems people may have following these recipes precisely enough to make an effective hand sanitizer, I want to address one deadly consequence that could occur from faulty or improper manufacturing practices.

It is possible that someone attempting to make their own hand sanitizer in this crisis situation makes one simple, deadly, mistake. They use an alcohol containing a small amount of methanol.

First, some background. The alcohol that is used in what are commonly called alcoholic drinks is ethyl alcohol (sometimes called ethanol). It is taxed by the Federal government (in the US) at a rate of $13.50 per proof gallon 2. A proof gallon is 1 gallon at 100 proof, or 1.25 gallons of 80 proof, and so on.

Two other kinds of alcohol are isopropyl alcohol and methanol (methyl alcohol). Isopropyl alcohol is what people commonly buy as rubbing alcohol, with percentages of alcohol ranging from 70% to 95%. Methanol is sold for use as fuel in camping stoves (alcohol stoves) and as a thinner for various paints, such as shellac.

The problem with methanol is that it is deadly toxic to humans. It only takes 10 mL (about 1/3 of an ounce) to cause blindness in an adult, or 30mL to cause death 3. It is the impurity in moonshine (or any improperly distilled spirit) that can make it deadly.

The other property of methanol of note is that it is absorbed through the skin. In fact, it is absorbed at the rate of 2mg/cm2/hr [See update below]. That may not seem like much, except that the hand surface area is about 2% of your total body surface area, which amounts to roughly 1000 cm2 for two hands 4. It is left as an exercise for the reader to determine just how long you can rub methanol on your hands before suffering disastrous consequences, including neural toxicity, blindness, and death. Hint: not very long and not something anyone should try.

There is one more important fact before we come to the punch line. In order to sell ethyl alcohol for non-drinking purposes and avoid the payment of the excise tax, the Federal government allows it to be adulterated with certain substances that make it undrinkable. This alcohol is then called “denatured alcohol” and allowed to be sold without the payment of the excise tax, which would be $6.75 per quart of pure (100%) ethyl alcohol otherwise. What are these things added, called denaturants? It depends on the purpose of the alcohol, and there are whole set of recipes pre-approved by the Federal government, under CFR (code of Federal Regulations) Title 27 Part 21 5. For example, S.D.A (Specially Denatured Alcohol) 23-H is made by adding acetone and methyl isobutyl ketone (MIK). S.D.A. 30 is made by adding methanol (approximately 9%). I hope you can now see the problem – if someone makes hand sanitizer, and uses a denatured alcohol containing methanol, the most common type sold in hardware stores, either without knowing or without caring, that is going to have deadly consequences when people rub it on their hands.

In case you think this is just so ridiculous that it could not happen, I have bad news. There have been cases reported in the past 6. And with the current pressure on supplies of hand sanitizer and the reported price gouging by some retailers, it is bound to become more common.

The FDA has relaxed its rules on the production of hand sanitizer, allowing pharmacies and others to produce hand sanitizer in the current situation.

Please make sure you trust your supplier when you buy hand sanitizer. Anybody can print a label and put it on a bottle – that’s no guarantee of what’s inside.

Thanks to the astute reader who pointed out my previously incorrect estimate of hand surface area. It has been corrected. I apologize.

Also, there are variations in absorption rates reported. Two references to 0.192 mg/cm^2/min are 7 and 8. The one I used (for 2.0 mg/cm^2/hr) was 9. Please note the different time units in the two estimates.

Also, there is a wide range in the reported amount of methanol that can cause blindness. This reference gives 3.16-11.85 g/person 10. I don’t look at that and say, I guess I will ingest 3.06g because it’s under the limit! So please be safe.