Or, A Random Walk Down Bitcoin Avenue

Bitcoin is a cryptocurrency, one of the better known ones, which uses something called Blockchain technology [look for future post on this topic].  There are several exchanges that allow one to buy and sell Bitcoins.  So, a natural question would be “Do those prices follow a random walk?”

Let’s follow Prof. Andrew Lo’s excellent analysis from Chapter 2 of his book and see what conclusions we can draw about Bitcoin prices.  Chapter 2 says that if the price change at period N+1 is independent of the price change at period N, then the variance over 2 periods should be twice the variance of changes over 1 period.  Let \(X_n\) be the log-price of bitcoins for period \(n\).

Let’s derive the variance relationship.  Let \(x, y\) be two random variables, and recall that the variance is the expected value of the squared deviation from the mean:

The variance of a sum of random variables

First, price and volume data for the time period of interest for the BTC-e exchange: 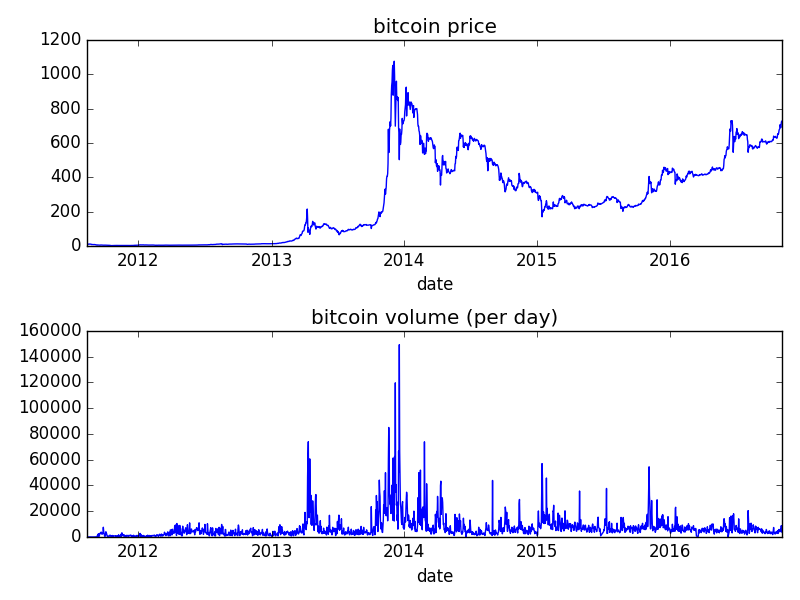 What conclusions that we can draw from this table?

Our next post will look at whether you can profit from this non-randomness.